Discover the secret to a stress-free event – Discover DJ Productions.

DJ Productions is owned and operated by David Jacobs (A.K.A. DJ The DJ) and is a Myrtle Beach, South Carolina company.

David Jacobs has been a full-time professional entertainer for the past 20 years. He has performed for audiences from Florida to the Carolina Coast, not only on radio & television, but also live at the best resorts, wedding venues and clubs in the area.

Our Secret to Success – Fun and Stress-Free!

That is what every event – from weddings to school dances – needs to be. DJ Productions is the master of event simplicity and just providing a good time.

David Jacobs stands apart from other area DJ’s because he has show-biz running through his veins. For many generations the Jacobs family heritage has been ingrained in the entertainment world whether it was grandfather Tofic Jacobs who was a celebrated vaudeville star or David’s great uncle Danny Thomas (born Amos Jacobs, January 6, 1912 – February 6, 1991) an iconic American nightclub comedian and television / film actor, best known for starring in the television sitcom Make Room for Daddy (also known as The Danny Thomas Show). Danny was also the founder of St. Jude Children’s Research Hospital and the father of Marlo Thomas.

Dave’s father was a popular DJ with the armed forces radio while he served our country in Germany where he befriended the one and only Elvis Presley. David’s brother Danny Thomas Jacobs who has starred as the host on several top rated nationwide fishing shows is currently in production for more shows filmed in Trinidad Tobago and Bermuda. Airing on NBC Sports channel and The Outdoor Life Network for Sport Fishing and Marlin Magazine. 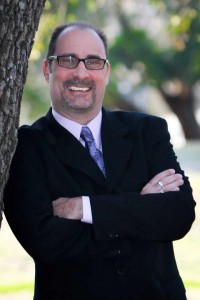 David learned his craft while working with some of the BEST entertainers in the industry like JOE WALSH, MICKEY DOLENZ, CRYSTAL GAYLE, FABIAN, and The Legendary WOLFMAN JACK. The year’s spent learning his craft were rewarded when David became House DJ at Wolfman Jack’s Rock and Roll Palace. It was then that The Wolfman was moved to name David….

“THE BEST LIVE DISC JOCKEY ON THE PLANET.”

Ouch! There was a server error.
Retry »

Fill in the form below and we will be in touch soon.

Tell Others About Us